Are you ready to witness the impossible, made possible?

Master Illusionist Anthony Street will take you on a rollercoaster ride as you witness spectacular grand illusions, from levitations to baffling appearances. Be captivated by the skill and grace of the daring aerial artist that soars through the air, as well as a stellar cast of over 15 exciting performers. Eclipse will be the most spectacular family show of 2017. Don’t miss the biggest Illusion and Dance sensation touring the country. Book now before they disappear…! 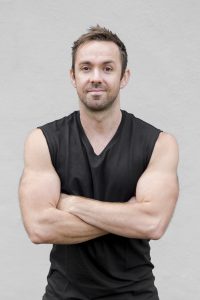 Illusionist Anthony Street fell in love with magic at age 10 when he saw a magician performing tricks at the local Lillydale Show in the Yarra Valley. That year, Santa Claus gave him his first magic kit and it was from here that his obsession with magic grew and grew. Performing and perfecting his magic tricks for family and friends, he quickly became a notorious entertainer at parties and gatherings.

An early inspiration for the budding young magician from Healesville was the charming David Copperfield. In his mind, Anthony believed Copperfield truly had magical powers and could work miracles beyond belief. Anthony says “He performed common illusions, but the way Copperfield interpreted and presented the trick seemed to be completely right. The emotional feelings he created for me, I needed to create for others.” This was Anthony’s driving force to start experimenting with bigger, more mind-bending tricks which meant the beginning of his own illusion show!

In his younger years Anthony’s inquisitive and curious nature had him taking apart everyday items to see their inner workings and mechanisms. He is now 100% involved in the building and construction of the illusions performed in his shows. In his latest production, the Illusions are daring, dangerous and more dazzling than ever.

“Australia doesn’t have the pleasure of experiencing the art of magic often, I saw an opportunity for myself to bring mystery and magic to people young and old across the country. If I alter their reality for a few moments, than i’ll be extremely happy – then my job is done.

Got a question about the show? Please fill in our contact
form and a member of the Eclipse the Show team will get in
touch with you shortly.

For all other enquiries: